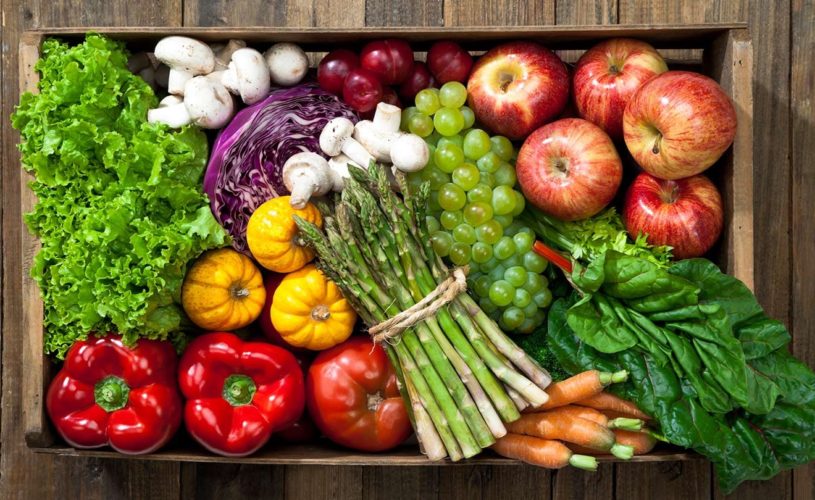 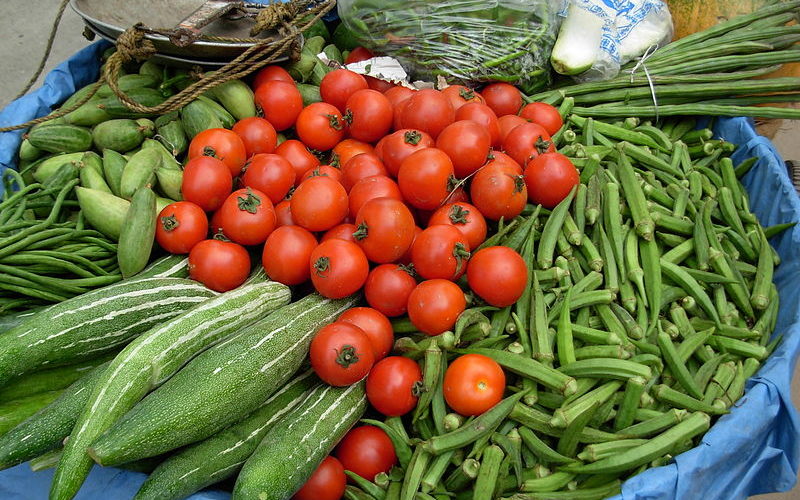 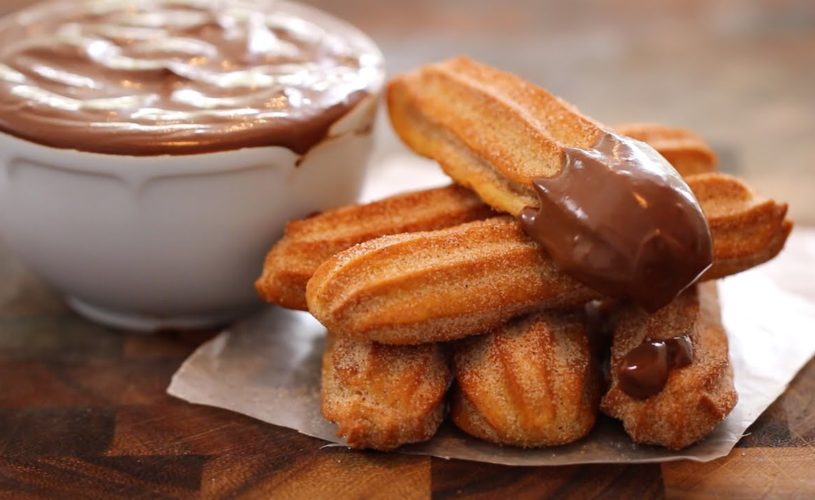 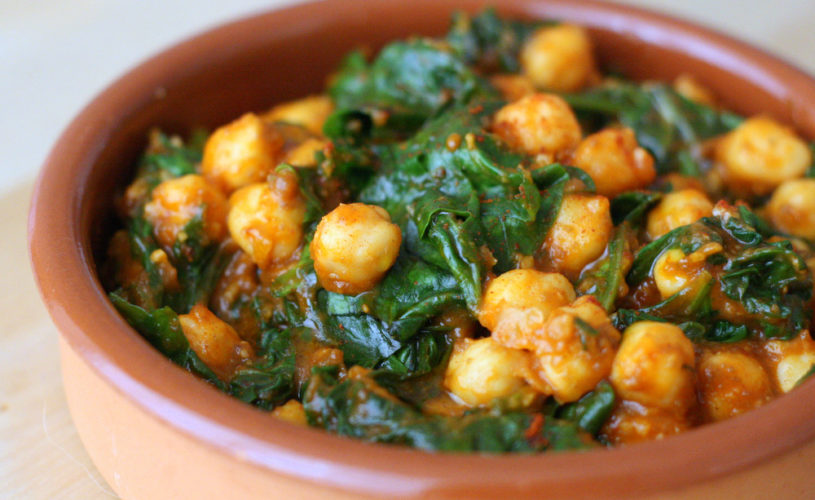 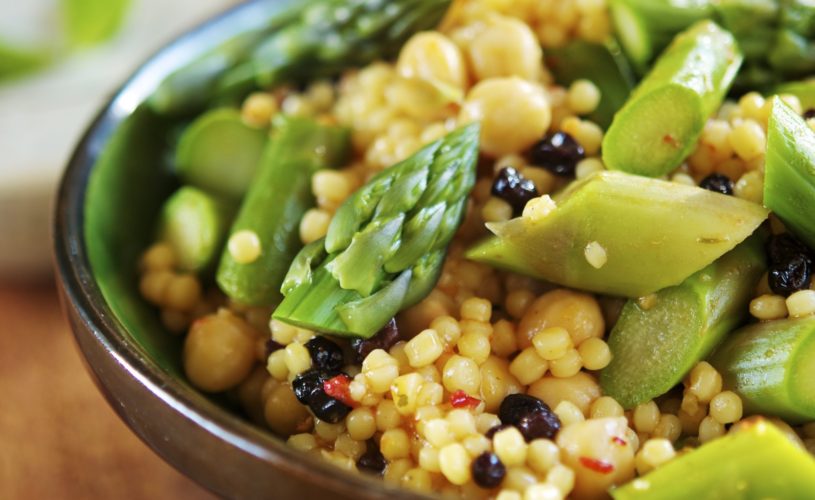 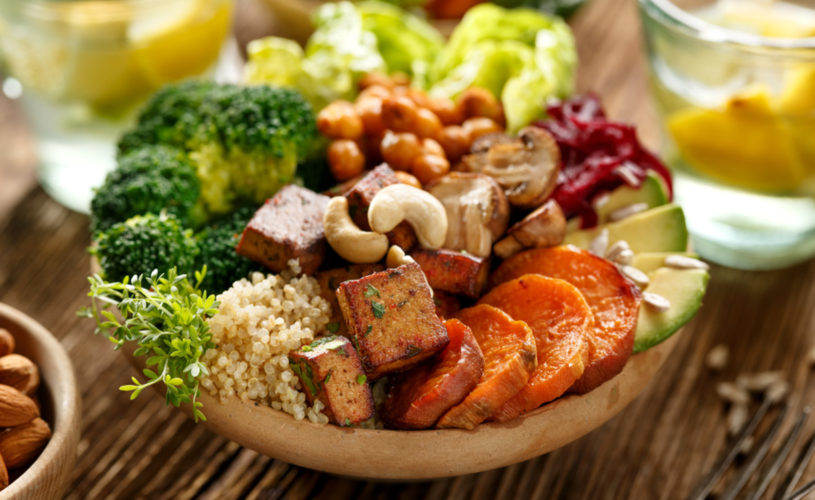 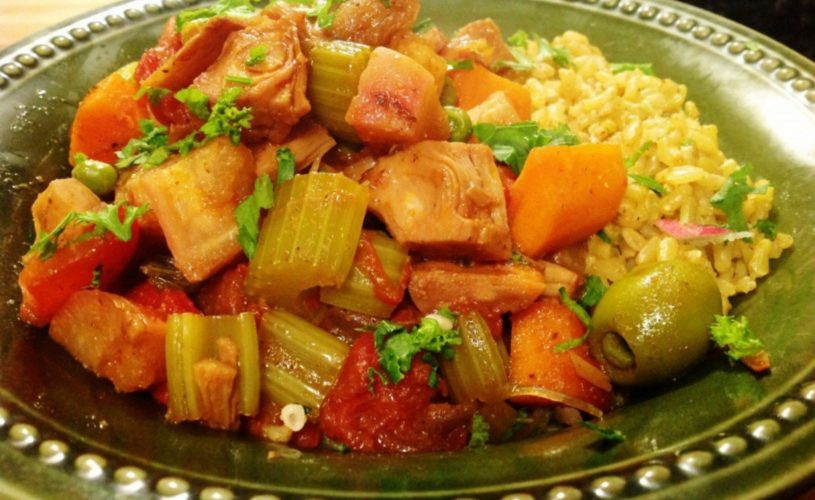 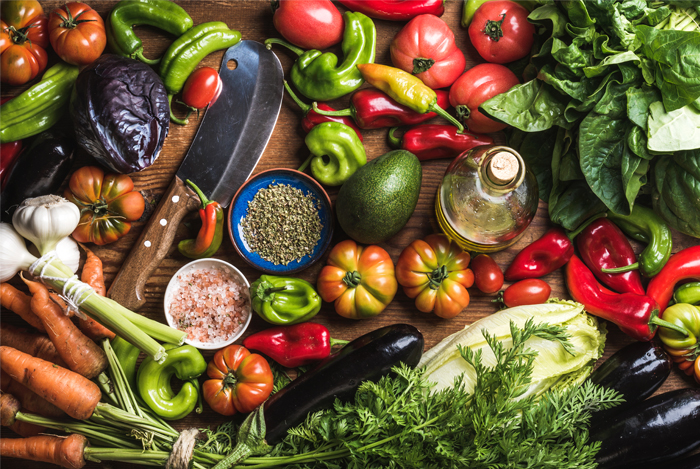 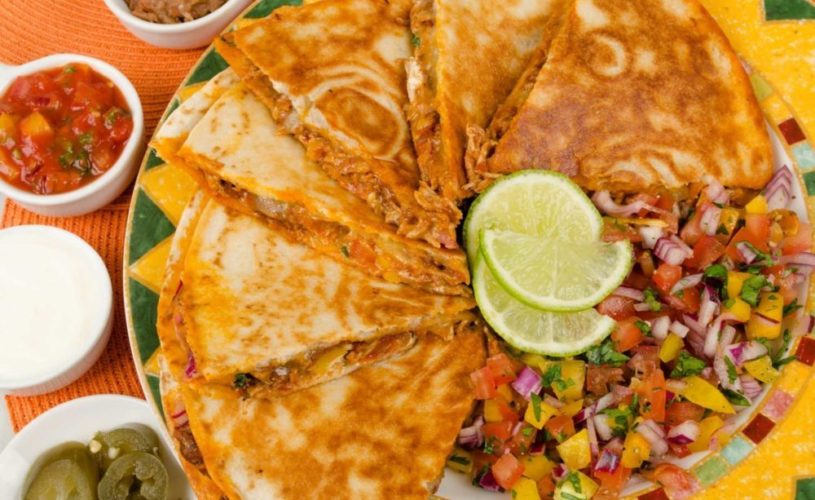 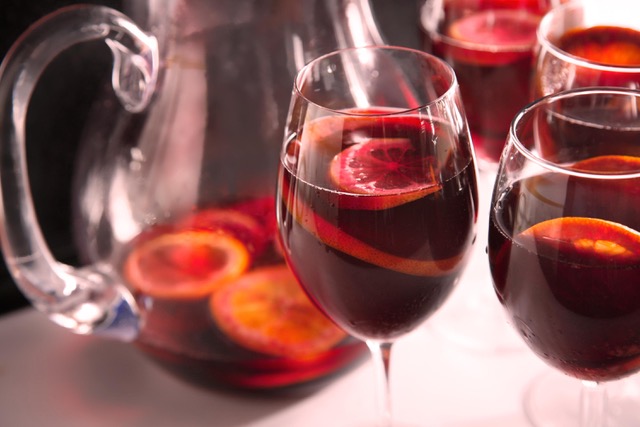 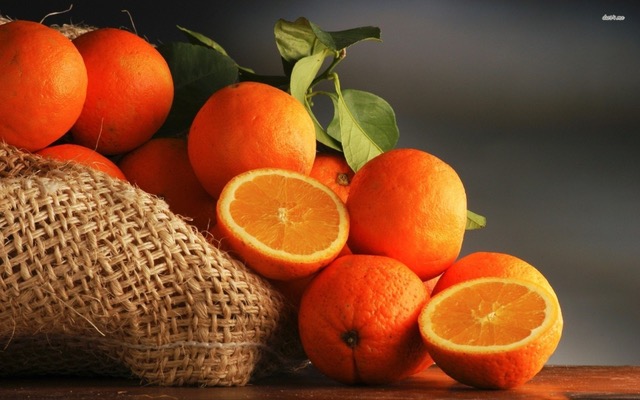 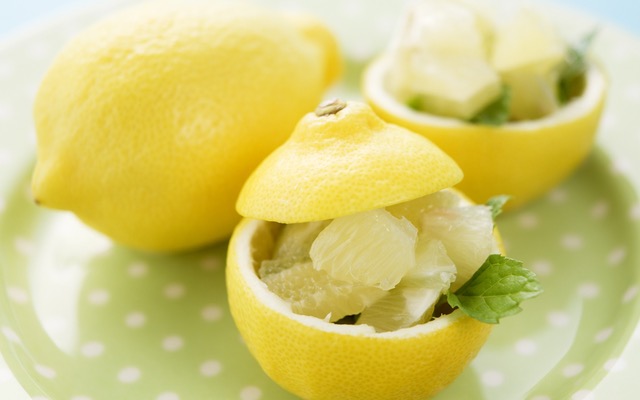 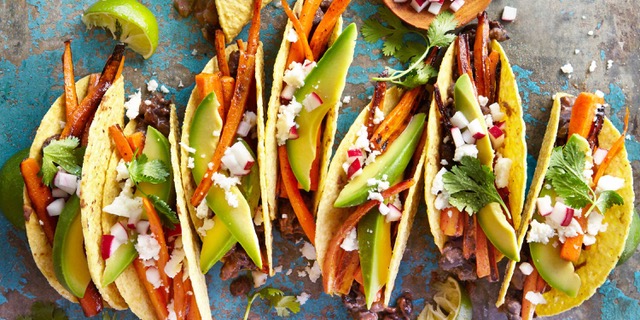 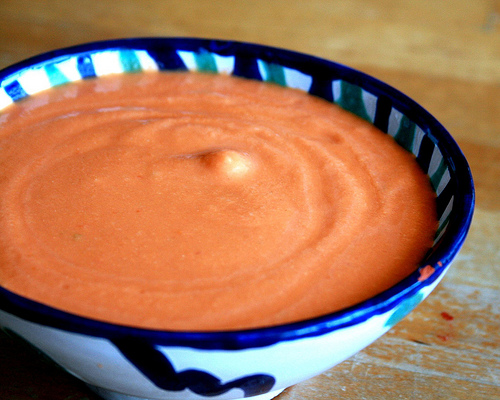 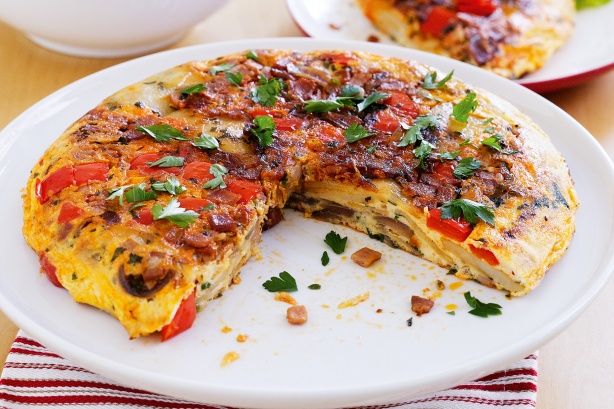 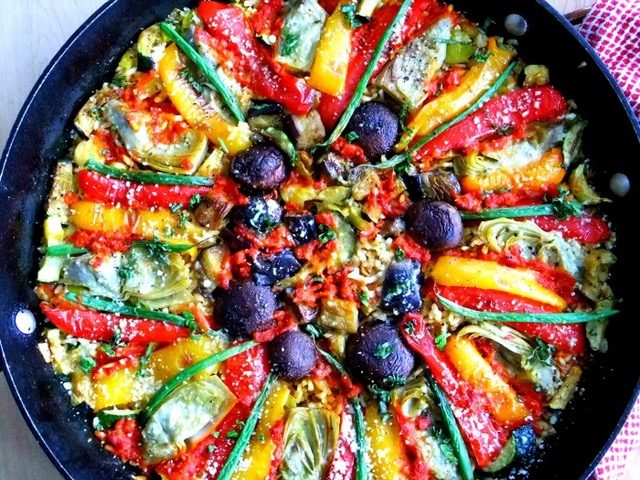 Despite the wonderful fruit and vegetables that are produced in Andalucia, being a vegetarian in Spain, and Andalucia, can present a challenge. The Spanish eat a large amount of meat (especially jamón) and the majority of dishes have pork or chicken as their main ingredient; here in Andalucia, fish is also very popular.

What's more, vegetarianism - although now growing steadily - has been slow to develop in Spain. Until 1975, avoiding meat publicly was a definite no-no, as General Franco's regime associated being vegetarian with having left-wing views.
Many foreigners arriving in Spain find themselves struggling to remain vegetarian; some end up eating meat or fish simply because it's easier. Others become 'flexitarians', who eat a largely vegetarian diet but with animal products every so often. This guide is designed to help those who want to stick to their guns and make their diet here in Andalucia (or elsewhere in Spain) completely free of fish and meat. It is possible!
You should be aware that, as a vegetarian in Spain, you will need to develop something of a thick skin. You’re unlikely to last long if the sight and smell of meaty foods (hanging jamones, for example) repulses you, or you’re unable to cope when over-zealous chefs decorate your 'vegetarian' tapa with taquitos of jamon. Lastly, expect Spaniards to be dumbfounded when you say you don't eat meat or fish, and get used to explaining your dietary choices more often than you’d have to elsewhere.
NB - If you are looking for traditional Tapas - there are a few veggie options such as Patatas Bravas, Fried Aubergine, Veggie Paella, Porra or Gazpacho tomato soup, Bean or Chickpea Stew be sure to ask for Tapas Vegetariano - if you go to Granada Province (loja is close by or Rio Frio) and order a drink the rules of the province are that you have to be offered a FREE tapas with each Drink… cost saving way to get a bite to eat or light lunch.

One of the owners of Casa Cruz is a Vegan and has been vegetarian for 30 years.

“Spain offers wonderful produce and markets and shops, unfortunately the majority of restaurants are very Spanish, by this I mean they all have the same menu. Ask for a House Salad in any Spanish restaurant it will arrive with canned sweetcorn, pappy white asparagus from a jar and boiled eggs and tuna…

Even a Sandwich Vegetal - will be served with Tuna - as most Spaniards have a belief that tuna and fish is vegetarian..

This said there are now a lot of restaurants that are bucking the trend and embracing new food ideas, Inland Spain you will still not get diverse food that you find in other European Countries, very few, Indian, Chinese, Thai, Japanese or Italian restaurants..

We can offer partial or full catering at the Casa Cruz Villas and this can be Vegetarian and Vegan if you wish, we have two restaurants that deliver ready made meals and can offer the services of the owners to cook a selected menu or two local chefs that can provide gourmet meals - please enquire for details and prices.

Locally here at Casa Cruz there are good restaurants that do Vegetarian fayre:

Los Pajaritos - our local Bar / Restaurant in Fuente del Conde - (Fountain of the Count) Antonio the bar owner likes to think that he is the Count, its a great place to eat - they have a vegetarian menu if you ask and there are stunning views from the terrace
La Paloma - Restaurant on the A333 on the way from Villanueva de Tapia to Salinas its closed Mondays - but does lovely reasonably priced mediterranean food - they do Veggie and Vegan as well and has a great setting and terrace
The Bobadilla Hotel - stunning high class celebrity hotel on the way to Salinas down a 3km Driveway - there are two restaurants it has to be seen but suggest you dress appropriately lunchtime menu is more reasonably priced - maybe just head here for the gorgeous setting and a drink or two at the Bar open March to November
Bar Manolos - Salinas at the end of the village just on the way out it looks like a saloon bar from a western - but does veggie fantastic Salads to die for
Loja - Pizzaria Atracon Calle Rafael Perez del Alamo - tel 958 323 517 - the only pizza place we know to get 5* trip advisor reviews - looks unlikely from the outside but the food is amazing and lots of Veggie options
In Granada - Cafe Colon is located next to the cathedral on the via Colon it is one of the oldest cafes in the city and does really good foods - really recommended for Breakfast or Lunch

Further afield there are some wonderful Vegetarian Restaurants...

The Best Supermarkets for Vegetarian fayre:

Hypercor - Hypercor is part of El Corte Ingles store - there are 2 in Granada, 2 in Malaga and 1 in Fuengirola they are a high end grocers (similar to Waitrose in UK) with a wonderfull health store section in each store
Carrefour - the larger stores have good health food section 2 in Granada 1 in Antequera, and Lucena and 4 in Malaga.
Alcampo - biggest store is in Marbella and has massive health food section.
Mercadona - are starting to introduce Veggie food and are in most towns - they have soya milk and tofu and veggie ham.
Lidl - offer some Veggie choices and veggie ready meals (although not Vegan) they are in Loja and Antequera locally
Iceland - the international Supermarkets at Fuengirola and Marbella stock UK items including Linda Mckartneys products and Quorn.
Waitrose and Morrisons — why not take a cool box on a day trip to Gibraltar where you can find a Waitrose and a Morrisons supermarket with far more choice that the Spanish stores.

For local health food shops and cafes and restaurants take a day trip to the village of Orgiva in the Alpujarra Mountains - these Sierra Nevada villages are very picturesque but also appeal to the Hippy crowd and therefore whole food and health food is readily available.
Orgiva