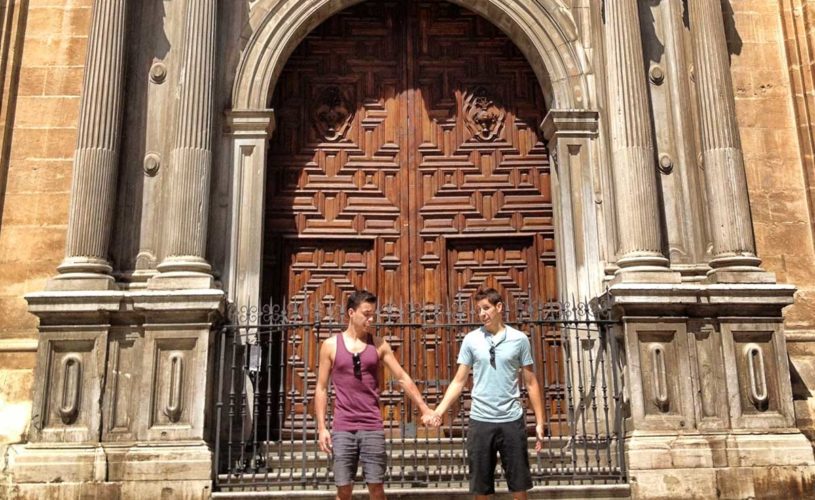 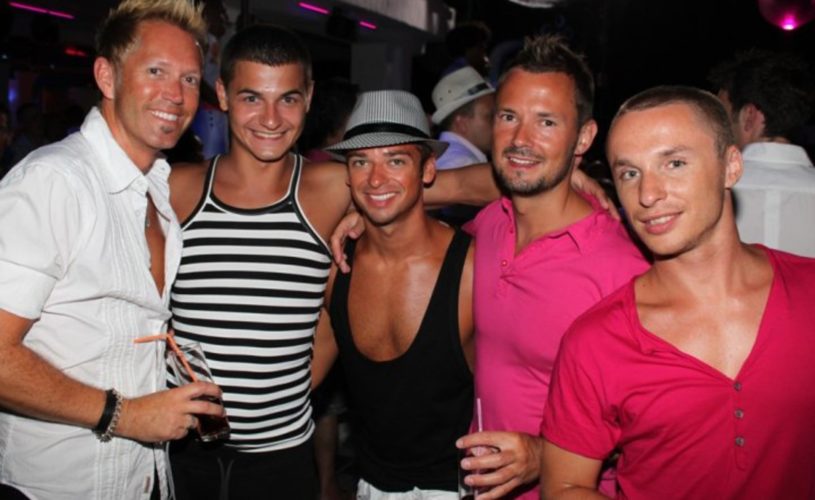 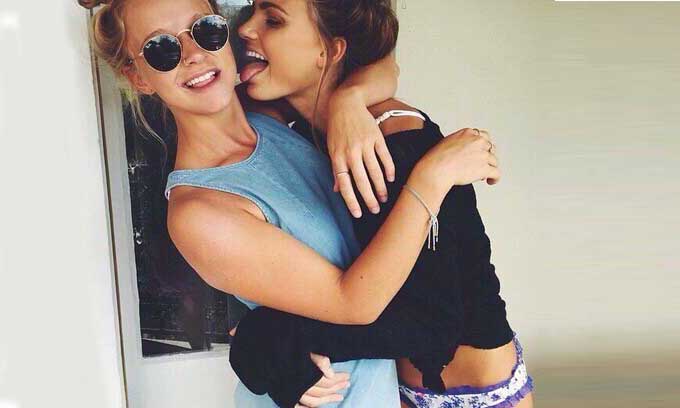 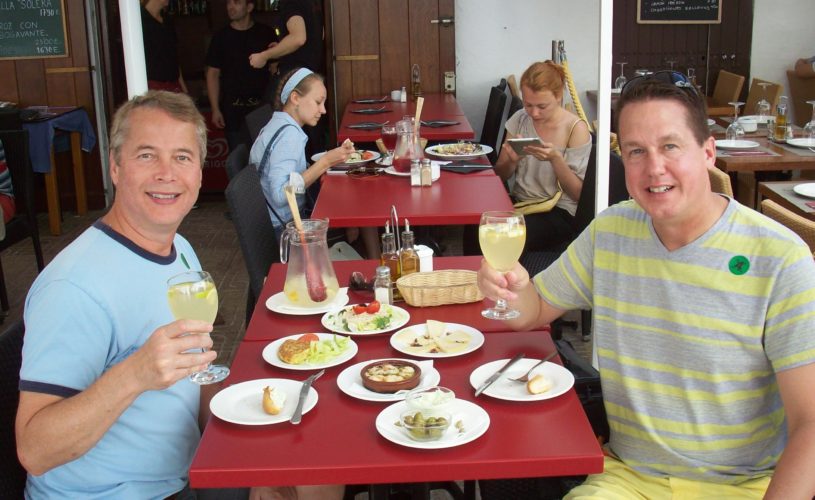 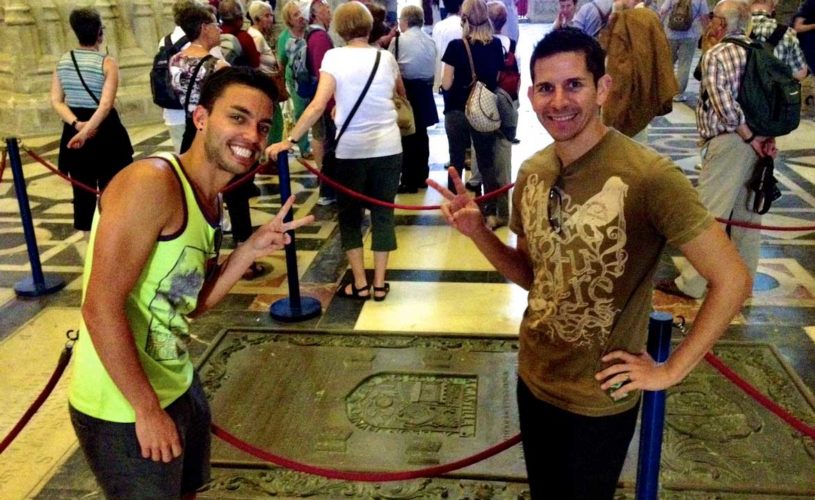 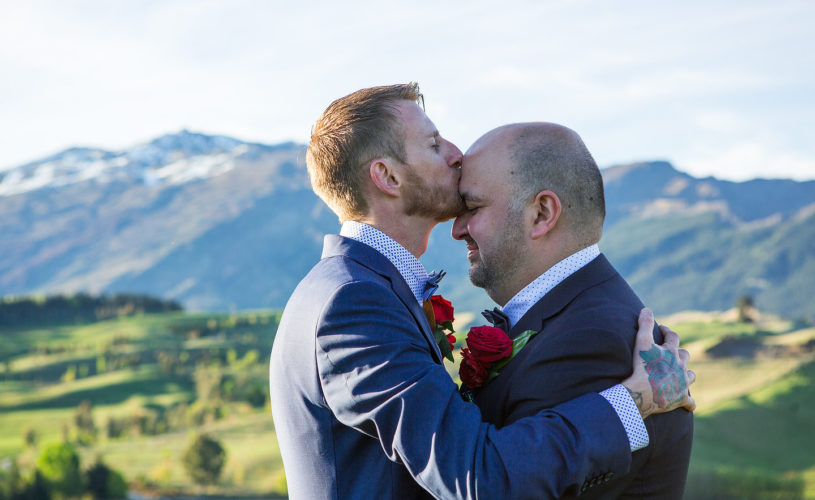 At Casa Cruz we welcome all guests and are not exclusively Gay or Lesbian, however we can arrange exclusively Gay / Lesbian weeks and block these out on our calendar – if you have a group of friends or would like to organise a group holiday then we are more than happy to help arrange and facilitate this – we can also, at a cost, arrange return transport to Malaga, Torremolinos or Granada, to enable you to sample the nightlife – we also have “La Paloma” restaurant local to Casa Cruz that is run by two fantastic guys (the food is great too).

Casa Cruz is featured on the French speaking holiday site:

The gay and lesbian community is currently enjoying a high profile in Spain, thanks to the recent introduction of the controversial homosexual marriage law, our local Mayor for Villanueva de Tapia has performed numerous “Gay Marriages” – unfortunately this is only open to Spanish Nationals the paperwork is far too much for foreign nationals to have a Spanish wedding (Hetro or Same sex) If you would like a Wedding or civil ceremony in the Sun Gibraltar is the best bet, followed by a relaxing holiday @ Casa Cruz. Obviously the Catholic church has put up fierce opposition to this bill, but the large majority of people (especially in urban areas) support equal rights for homosexual couples. As a result, Spain is an increasingly popular holiday destination for the gay community. During Franco’s rule in Spain, homosexuality was illegal in Spain. However, with the promulgation of the Spanish constitution in 1978, it was legalised. Since then, Spanish gays and lesbians have been coming out of their closets and making a public life for themselves. Today, gay pride is celebrated throughout the country and there are numerous well-known and respected organisations providing integral services to the gay community.

The climate, shopping, beaches and bar/club culture have for some time combined to make Andalucia very attractive to the gay market, not to mention the colourful, vibrant, outdoor lifestyle. In terms of accommodation in Andalucia, there’s a good selection of hotels and apartments along the Costa del Sol, with Marbella and Torremolinos especially catering for gay visitors (Marbella’s shopping is excellent, Torrie’s nightlife renowned), as well as Puerto Santa Maria in Huelva province, which has a lively summer scene. Cities such as Cadiz, Grenada, Malaga and Seville also have thriving gay communities, and as gay visitors have started to explore more cities in the region, a number of gay-friendly hotels and other types of accommodation have appeared to accommodate their needs. You’ll also find gender-specific bars and cafes, as well as a buzzing nightlife; some more hard-core nightclubs are devoted to dress styles such as leather. The main gay area of Seville is the Alameda, a wide tree-lined promenade with cafes, bars and nightclubs. At weekends, groups of young people gather on the sandy central avenue and hold their own party. There are plenty of gay clubbing options in this area, with both gay-only and mixed clubs available. There is also a good selection of gay-friendly accommodation in Seville to suit all taste and budgets. In Torremolinos the scene is centred around the La Nogalera area, with bars, clubs and saunas; there’s one whole strip entirely devoted to gay visitors, with 20 bars of varying style in terms of décor, music and clientele. Some general information: the age of consent for gays and lesbians in Spain is 16. A gay couple walking hand in hand in a rural village will get stared at but then most foreigners are too, younger populations, Major cities, and most beach resorts are more welcoming for gay visitors, with a more relaxed, open attitude.

There are many wonderful gay naturist beaches (Playas Naturistas) in the Costa del Sol. Here are details of just a few of them:

nudist beach at Guadalmar is a sandy beach with a bar at each end and a few showers. It is just 45 minutes from Casa Cruz Although this is quite a popular beach, it doesn’t seem to get too overcrowded. The car parking area behind the eastern end of the nude beach is quite cruisy in the evenings.

Almanat or Almayate is a beautiful 60 minute drive southeast of Casa Cruz. It is quieter and more secluded than the Malaga or Cantarrijan beaches. There is a bar at the far end of the long beach at which nudity is mandatory.

On the way to Marbella – Cabopino beach is the biggest sandy beach for gay naturists/naturism west of Malaga and it takes about 75 minutes to drive there from Casa Cruz – Because of the extensive sand dunes (Las Dunas) and forested areas behind the beach, this is (apparently!) the place to go to cruise.

Near La Herradura (Granada Province) is a pebble beach in a lovely rocky cove with a bar at the clothed end of the beach. At busy times of the year, there is a mandatory park-and-ride scheme in operation to this beach, so in our opinion the best way to reach this remote beach is to kayak or hike to it, stopping at some lovely deserted beaches!

Malaga – Plaza de la Merced is the place to go for a drink in Malaga – there are 6 gay bars in this lovely square in a beautiful part of old town Malaga. It is generally quite a relaxed place for a drink and tapas, except for late evenings at the weekend when it will be busy. Torremolinos – is the place to go if you want gay nightlife, with more than 30 gay bars and clubs. It has the 3rd largest selection of gay bars, clubs and discos in mainland Spain (the much larger cities of Madrid and Barcelona having the most). However, in our opinion, much of the gay area, called La Nogalera, is very run down and has rather unwelcoming dark, narrow sidestreets. And you have to stay up very late in order to enjoy it, as most bars and clubs are completely dead before 1am! Many of the bars and clubs have darkrooms but beware of pickpockets. Here are a few of the nicer bars/clubs in Torremolinos: El Gato Lounge – a place to chill out and enjoy good food and drink at reasonable prices. D’Lirio – music and videos, with a darkroom and occasional drag shows. The Parthenon – recently refitted and modern club, with a young crowd. Darkroom downstairs. Passion Club – the most recently refitted club and the biggest. Very crowded at weekends. Torremolinos also has the region’s only gay sauna, Sauna Miguel. Modern and clean but expect a lot of attention from the other guys in the sauna and beware of escorts! Private rooms available. Slightly further west along the coast in Fuengirola is Bar Kudos, which seems to attract a nice cross-section of gay guys, of all types and ages. It also has regular underwear parties. GRANADA is a great university city – birthplace and place of death of the famous Gay Poet “Lorca” – maybe visit Lorcas house and the park that they have named in his honour There are great bars and clubs to suit all tastes and listed below: The Tic Tac (Horno de Haza 19, near to the Plaza de los Lobos). While offering a coffee hour starting at six in the afternoon and advertising itself as open to all, the Tic Tac has a reputation — and deservedly so -for being a place to “ligar,” i.e., to pick up and be picked up, with minimal trouble. Its clientele is largely male, and of all ages from late teens to much, much older men. The atmosphere is a little seedy, beginning with the two sets of padded doors and doorbell at the entrance and revolving crowd passing through the velvet curtains to check out the scene in the dark back room. El Angél Azul (C/Lavadero de las Tablas no. 15, near the Plaza de los Lobos). The “Blue Angel” is around the corner from the Tic Tac and similar in its clientele and offerings, though a little more upscale and a little less seedy. El Zoo (Moras 2, behind the Fuente de la Batalla). El Zoo is the dance place that opens the latest and stays open latest. It’s similar to Perfíl in being very clubby, but it is more gay and a bit more seedy. Spacious, with a remote, underground feel and a big, central dance floor, el Zoo is the place to go after you’ve hit a few other bars, but you still have a lot of energy or simply haven’t scored and aren’t ready to head back to the hotel just yet. La Sal (Santa Paula 11 (near the San Agustín Market)). This bar, which started as a largely lesbian gathering place, is Granada’s oldest gay bar still in existence, having just celebrated its 15th anniversary. It’s a cozy dance bar whose DJ plays a mixture of house music (and the bartendress is really attractive). The door is manned to keep out troublemakers — there’s never a wait and if you look like a normal liberal person, you’ll be let right in. The atmosphere recently has changed a bit as the bar has become more and more popular with a kind of young, preppy gay male type, but it is still a comfortable, fun place for women of all ages. Al pie de la Vela -The rainbow colored Venetian blinds signal this establishment, which is just down and across from El Rincón de San Pedro and similar in being very tasteful and upscale, with the only real difference being that the crowd is more purely gay aGay and a bit younger.